To get from Krakow to Budapest, we opted for an overnight train.The trains in general seem to poke their ways from Poland through Slovakia and into Hungary.  In Krakow, I noted a cluster of street signs showing distances to major cities in Europe, and Budapest was listed at 290 km away, about 180 miles.  Driving would have been quick, and if we left at 6:00 in the morning, we could have taken a six hour bus ride.  Any train ride was going to be 10-12 hours.  Rather than getting into Budapest at 10:00 p.m., we elected the evening departure/morning arrival option.

This train, the Selisian, back tracked to the Czech Republic, into Slovakia, touched briefly in Austria, and finally got to Budapest.  The equipment was a bit less polished and less contemporary than that on the German and Czech lines.  It was clearly functional but showing signs of wear.

A few days ago I made snarky comments about Amtrak service.  In one aspect, Amtrak surpassed the Silesian–it had bigger sleeper compartments.  We climbed aboard about 9:30 and barely managed to stow our suitcases and bags. Besides sleeping, the compartment offered little space.  And since the train lacked a bar car or bistro car, we climbed into our bunks. There was a small sink in far right corner, the only amenity.

The bed was firm, or rather, quite hard, the pillow minuscule, and the comforter, comfortable. Lights out before midnight, and we settled in for long night of clacking rails, swaying berths, and odd sounds and noises.  Not a fast or direct train, this one stopped often. No other travelers climbed into our sleeper car, so we had no disruptions from clanging doors or hushed whispers.  In fact, on our car with about 12 compartments, only 3 seemed to have inhabitants.  And since the train was electric, at each stop, the car was completely quiet.  I enjoyed the sounds, the swaying, the frequent moments of high speed, but I and Nancy both slept fitfully.

We arrived in Budapest about 9:30, 12 hours after climbing onto the train, a bit tired, feeling rather grubby in yesterday’s clothes.  The shabby Budapest train station looked about how I felt, rather tired and run down, with a bit of grit and dirt.

Waiting until our hotel room was ready, we wandered around for a bit, down half a block the a major basilica, St. Stephen’s, 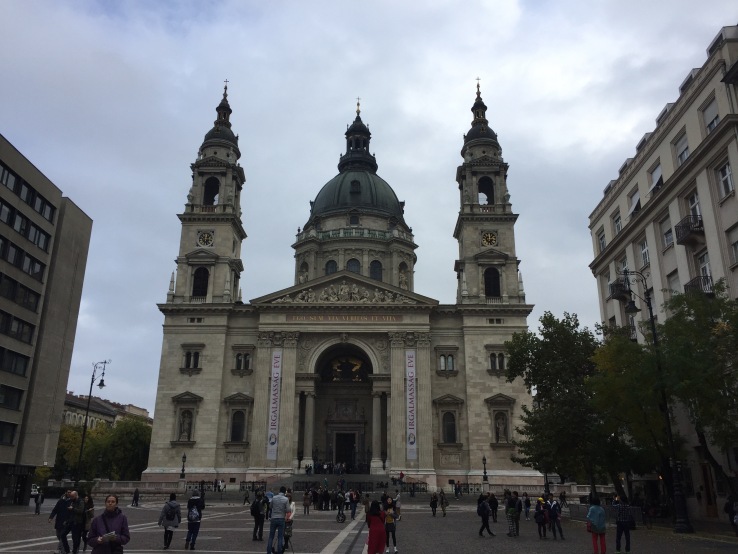 and then down to the Chain Bridge for a first glimpse of the Danube. 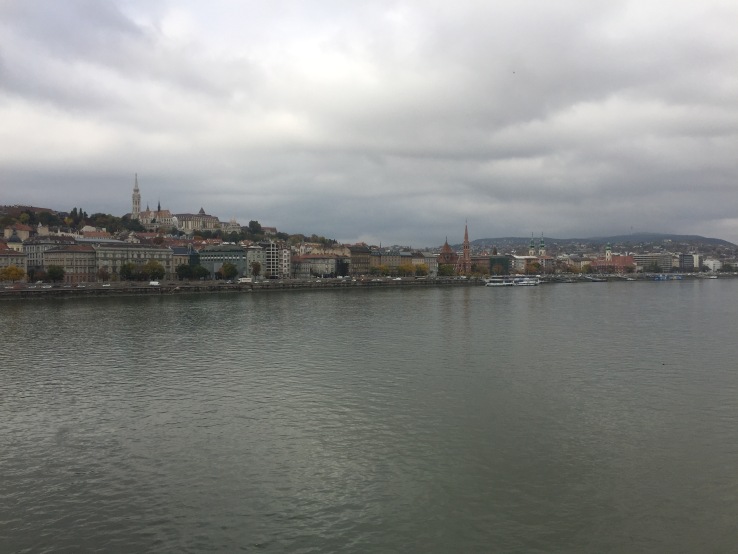 2 thoughts on “Not the Orient Express”