Budapest originated as two cities divided by the Danube.  Buda is the original capital of Hungary on the west bank of the Danube.  Pest developed as a separate city on the east bank. By the end of the 19th century, the cities had been connected.  Unity evolved with the development of bridge building in the mid-19th century. The first permanent bridge across the river, the Chain Bridge, was completed in 1849, designed by an English architect. “Chain” refers to the large steel links that were joined to form the suspension structure.  Budapest has several more suspension bridges connecting its two parts.  The reputations of the twin cities suggest that Pest is now the more up to date, the more trendy place.  Pest, the site of many historic buildings, is more stolid.

One goes to Buda for the monuments, especially the old Castle and the Mathias Cathedral.  Since much of the early history of this part of Europe involved local peoples being driven back and forth by invading tribes–huns, mongols, tartars–it seems obvious that the early kings of Hungary, noting the broad plains of the Pest side of the river and the hilly terrain of Buda, opted for Buda as the site where they’d make their stand.  The bluffs above the Danube can provide a relatively safe haven from occasional intruders, though the Hungarians constantly had difficulty with the encroaching Turks.  The current castle, a more modern structure, occupies a site on which the first buildings went up in the 12th. century.  The heroic statue is simply one of many strewn about the castle and the city, reflecting a Hungarian obsession with marital prowess. 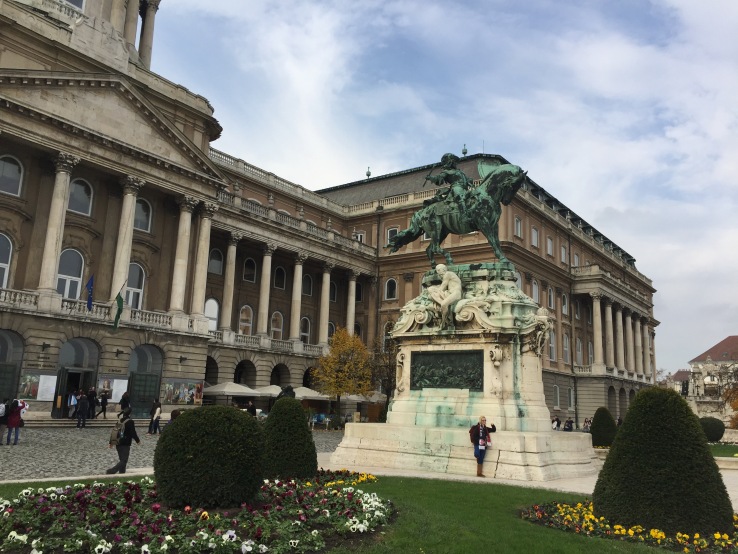 Where man builds, God expects his due and at the other end of Castle Hill, the church constructed its own monument to divine and eathly power.  The gothic church, officially the Churcy of Our Lady, takes it unofficial name “Matthias Church” from Matthias Corvinus, a 15th century King of Hungary and Bohemia and one of the most popular figures in Hungarian history. 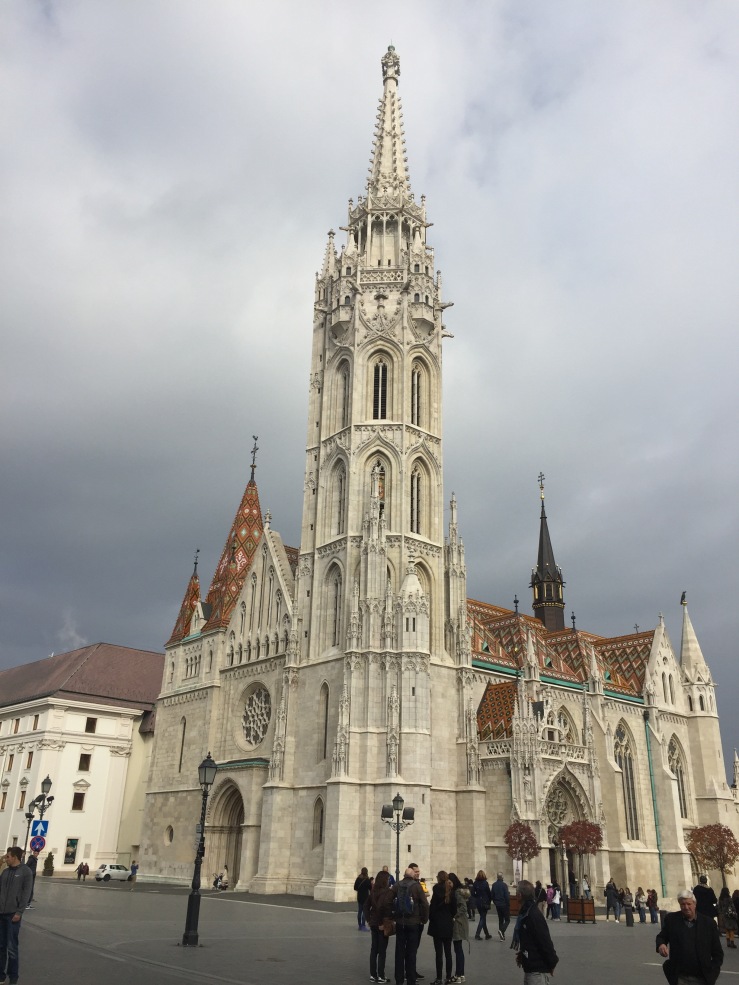 Most stunning, of course, is not the view of the monuments but the view to the city from the edge of the hillside with the river, the Chain Bridge, and the plain of Pest in the near distance. 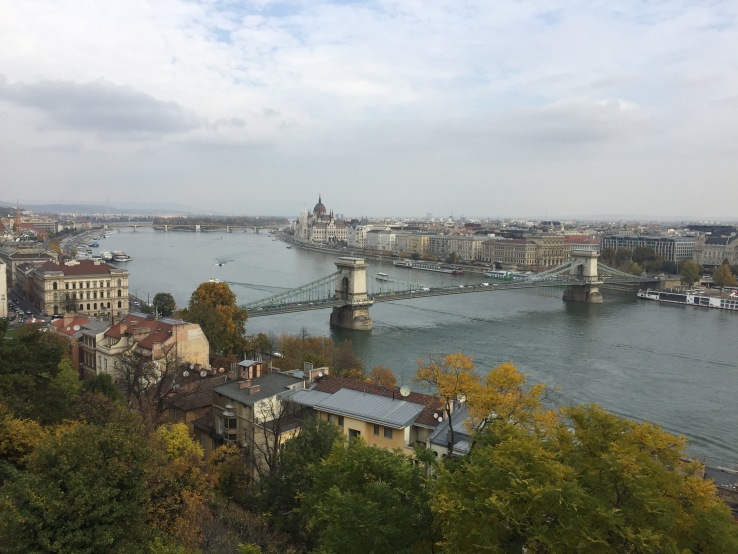 After a long day’s walk around the Castle, church, and back across the river, and after dinner, we walked back to our hotel, which is just down the street from St. Stephen’s Basilica, lit for nightly appreciation. 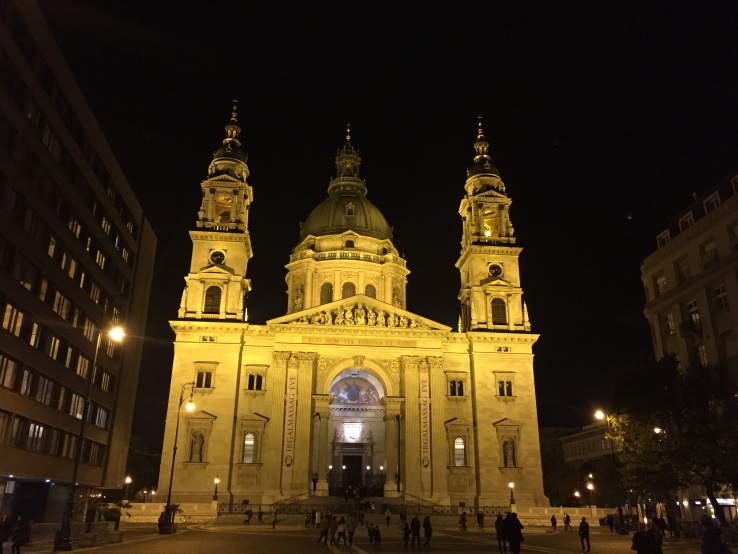