We left Budapest late Sunday morning, after a ride to the train station from an honest cab driver.  He didn’t speak English and had a hard time communicating that he could not change the large bill I was offering for the fare.  The Hungarian Florint is worth about .003 cents, so ATMs easily dispense 20,000 and 50,000 Florint notes, of a size that most coffee shops and small businesses try to refuse.  When we got out of the cab at the train station, I offered the driver a 10,000 Florint note, worth about $35.00; he kept shaking his head and holding out an empty cash purse.  I tried two 5000 Florint notes and got the same response.The language barrier was confused by my previous experience with a Budapest cab driver, on a trip from the station to the hotel, who had, in fact, charged 6000 Florints, which I assumed was the normal fare. When the cab driver and I finally understood each other, I realized that he wanted 1300 florints, about $5.00, for a ride that 4 days earlier had cost me about 6000 Florints, $21.  I had read earlier that many Budapest cabs scammed tourists,  and I entered the station appreciating the honest cabbie and feeling stupid about being duped by the earlier one.

In spite of the disruptions following the British vote to exit the European Union, the EU remains one of the most civilized cultural institutions, permitting very casual and open connections between countries. Traveling from one country to another is seamless. On all the trains we’ve taken, the only notice we received about moving into a new country was a message from Verizon on my iPhone, reminding me how my international service plan applied to a new country. No border crossings, no red and white barriers blocking a highway, no officious guards slowly leafing through a passport, while another, usually well-armed, watched with suspicion. The willingness of a country to allow strangers to enter and leave is the mark of a county that treats all people with respect. My Hungarian guide of a few days ago was deeply troubled by her government’s increasingly onerous attempts to control people (by which she understood refugees) coming across its southern borders.

Those who are priviledged to look the right way are not threatened.  Though I must admit that on the train from Budapest a quatet of  police officers did spend about 5 minutes leafing though my passport.  From the conversation, I figured that 2 of the officers were experienced and 2 were novices.  My passport inspection was simply a training exercise, an example of how to look and talk to travelers.
Eventually, we crossed from Hungary to Austria, and I would have been hard pressed to say where one country ended and the next began. 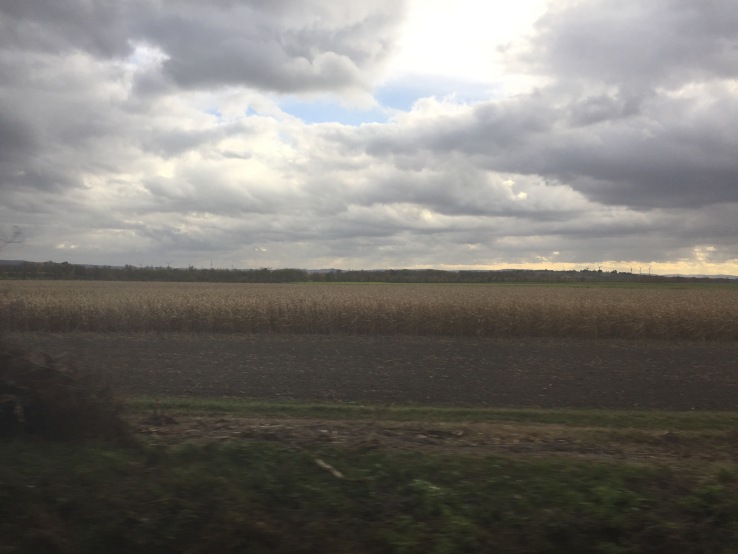