For my previous autumns, I would often watch the weather change, the leaves color and fall, the rains seep in while staring out my office window or while walking home in the evening light. This October I’ve watched fall arrive from train windows and while wandering through many city streets. On Halloween, Nancy and I took the U-Bahn to Schönbrunn Palace, a royal estate on the western fringes of Vienna.  Hapsburg emperors had settled on this salubrious site (Schönbrunn means “beautiful spring”) by the 16th. century and began building what would become a summer place, a relief, no doubt, from the steamy summers in Vienna.  Maria Theresa began construction on the current palace, a sprawling 1100 rooms.  I suspect one could have walzed from one drawing room to another for weeks on end. 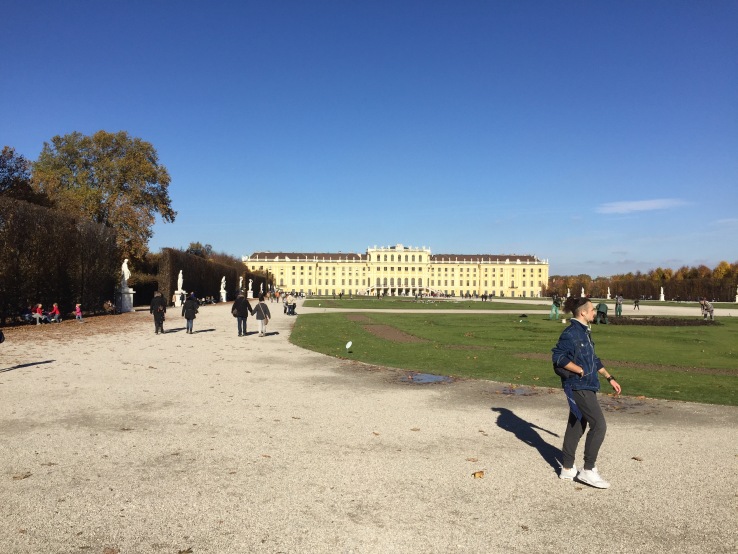 We queued up for tickets to the royal apartments, but when we got to the head of the line, we learned that we would not be able to enter the palace for another hour and a half. Later reseearch clarified that the Schonbrunn is Vienna’s most popular attraction.  Bypassing any waiting, we walked around the front of the palace to the gardens behind. Gardeners had been busy digging up the flower beds that were spread out on the broad gravel plaza.  Lining the plaza were well manicured walkways, lined with groomed and well tended trees.  I’m not an arborist and can recognize only a few species of trees, but I knew these were neither maples nor ginkgoes.

The afternoon was clear and bright, filtering the light though intensely yellow leaves. In Rosenkranz and Guilderstern Are Dead, one of them says something like this: “Autumnal, nothing to do with leaves; it has to do with a certain brownness and the edges of our days.”  He was speaking from a certain bleakness, an awareness of impending doom. Our afternoon’s color was a burnished gold to brighten the afternoon.  We spent long enough enjoying our walk through the shaded lanes and decided to bypass a visit to the imperial quarters. 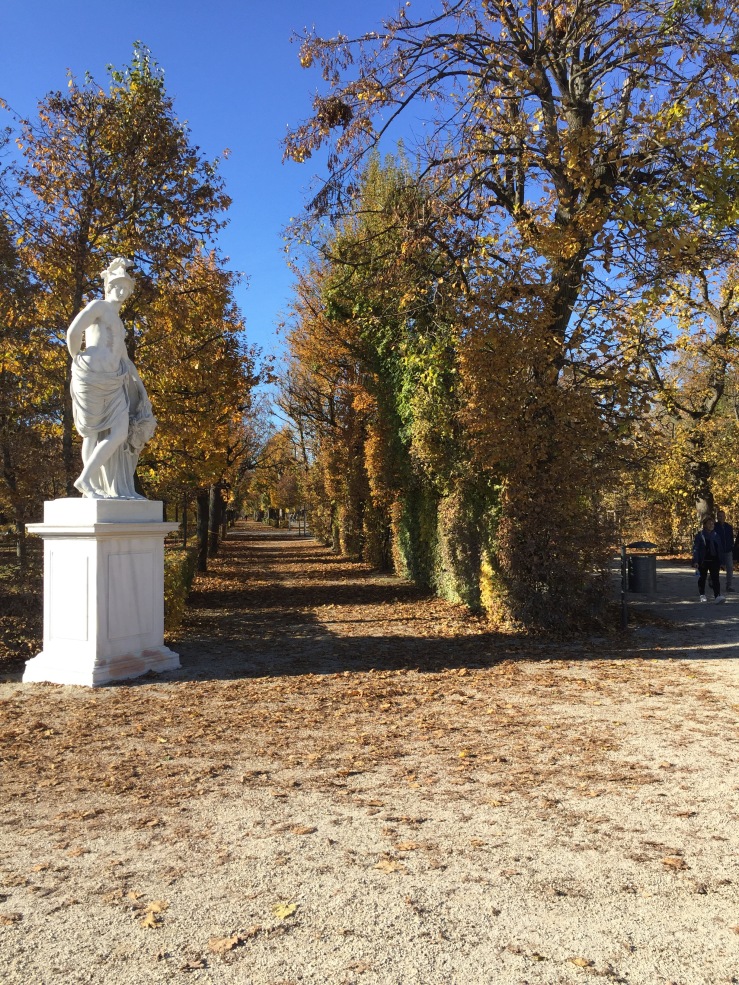 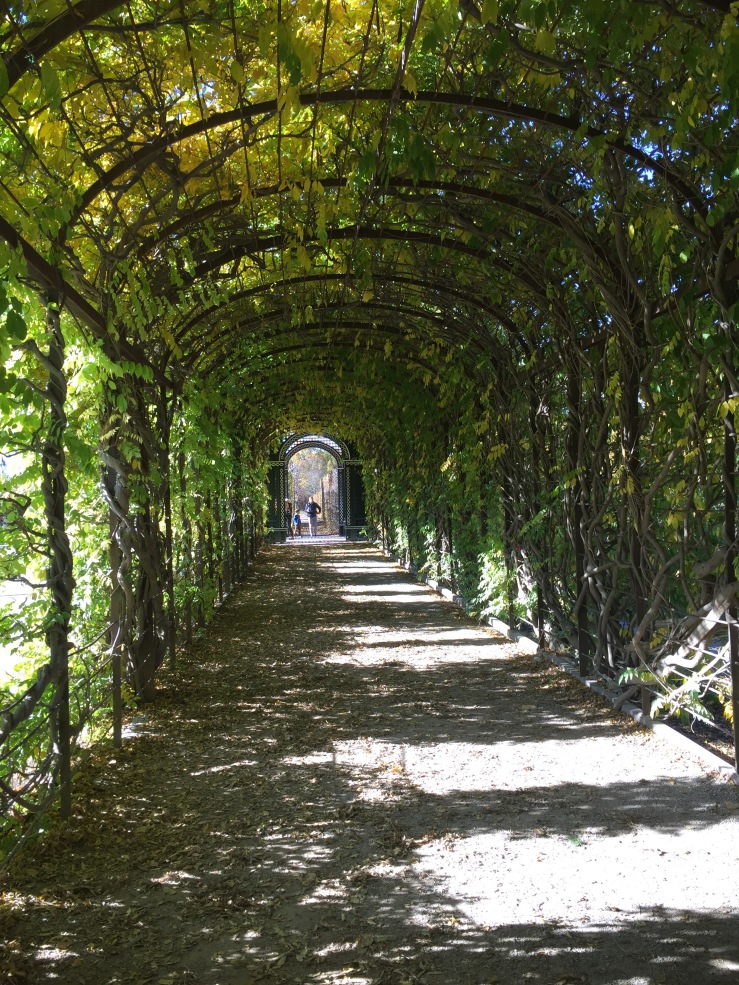 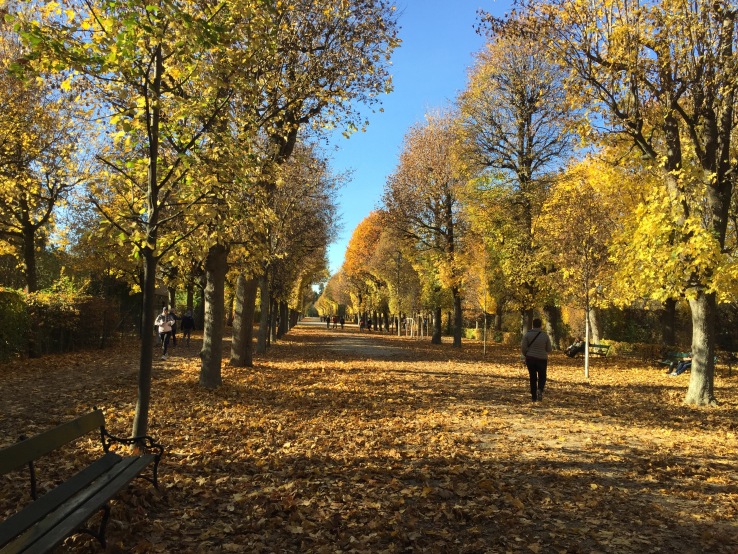 The park has off to one side a small TIergarten; in the park itself, pigeons, gulls, ducks, and crows abound.  At least I think there are crows. Certain birds had that crow-like hop, the strong beak, and the gimlet-eyed look.  They are not all black, however; their chests and backs are gray.  I welcome any orinthologist’s expert opinion.  The birds would not let me approach too closely, so enlarge the image for effect. 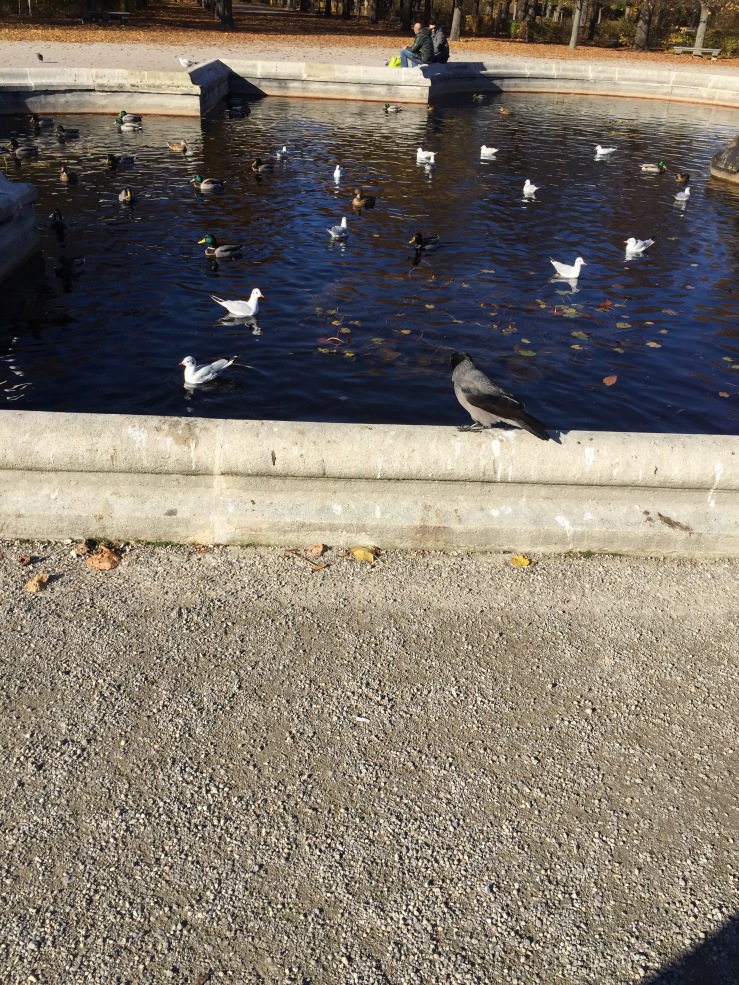 Later in the afternoon, back in the old center of of the city, we stopped in Bäuernhof, one of Vienna’s well-known cafes. 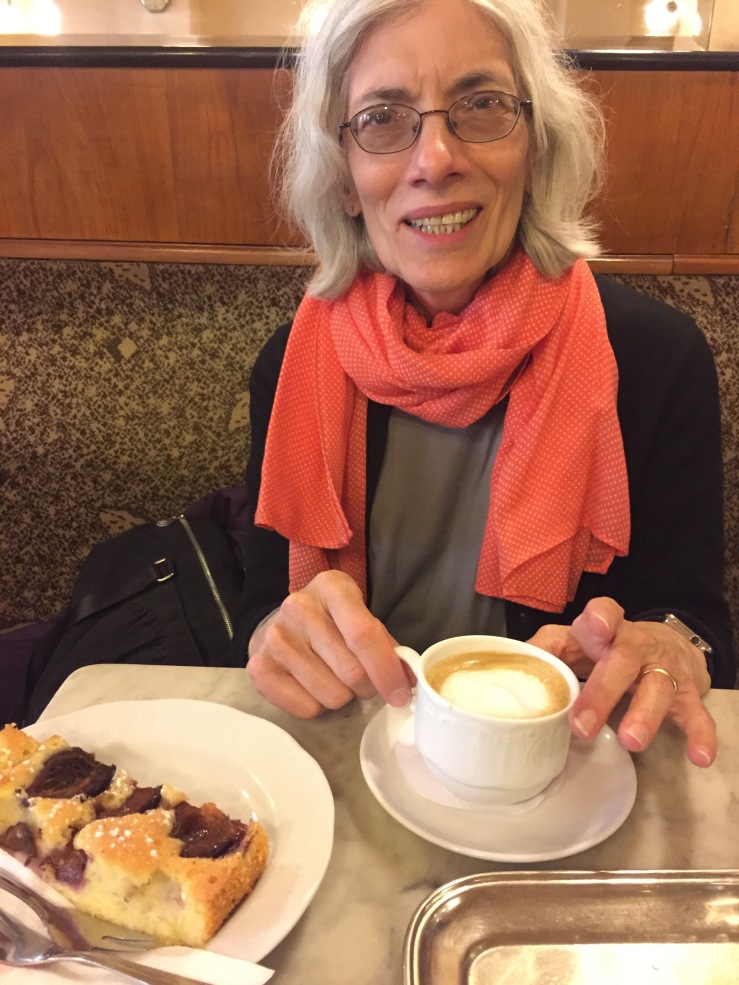